Attachment to an https://www.julianalucky.com/ causes suffering. This is due to the impermanence and impermanence of this world. Nothing can exist eternally, so when the object of attachment is destroyed or disappears from view, the creation of attachment leads to suffering. According to the Yoga Sutras of Patanjali, Abhinivesha is one of the five kleshas that lead to suffering. Abhinivesha” in Sanskrit means “longing for life,” “longing for existence.” A more understandable translation of a concept like abhinivesha would be “fear of death.” 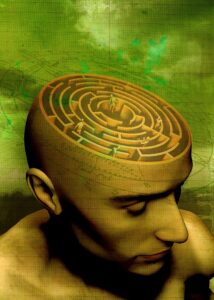 In the sutra of the ninth second chapter, Patanjali describes such kleshas as abhinivesha. Krishnamacharya’s translation of this sutra accurately describes the nature of abhinivesha: “Fear is an innate sense of dread of what is to come. Both the wise and the ignorant are subject to it.” Fear of death is the basic feeling of a living being due to avidya – ignorance. The lack of knowledge that the soul is beyond time and space, was never born and will never die, exists eternally and cannot be destroyed in any way, leads to the illusion that everything ends with the death of the body. And as Krishnamacharya correctly stated, this delusion is so profound that not only ignorant people, but even sages are afflicted with the fear of death. Although they understand the structure of the world theoretically, in practice such sages have not experienced the separation of body, soul and spirit, and therefore, just like ignorant people, they are subject to abhinivesha. No theoretical concepts and philosophical knowledge can break the shackles of abhinivesha, because this kleshas is a deep characteristic of the mind of every living being. Only by experiencing the separation of mind and soul and becoming fully aware of the temporality and mortality of the body can one free oneself from the shackles of abhiniveshi.

In the translation of the same version of the ninth sutra by A. Righin’s translation of the same ninth sutra states, “Attachment to life springs from life itself.” He is referring to the fact that the soul loses its self-consciousness during its incarnation in the material world, and the mind becomes attached to the body in the process of activity in the material world. It is the binding of the mind to the body that leads to many sufferings, ranging from adverse weather conditions to physical pain and even death of the body. All these sufferings arise only because of a deep delusion about the impossibility of the soul’s existence outside a particular body.

Thus, the mistaken identification of the soul with the mind and the body leads to such kleshas as abhinivesha. Abhinivesha in turn leads to other fears and related suffering. To free oneself from the bondage of abhinivesha, avidya must be destroyed. This is 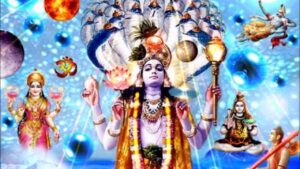 accomplished by recognizing oneself as an eternal, unchanging, immortal soul that has never been born. And that which has no beginning has no end. The realization that death is merely the process of changing from one body to another leads to the elimination of such kleshas as Abhinivesha. Patanjali wrote about the destruction of Abhinivesha and other kleshas in the tenth sutra of the second chapter. In Svensson’s translation it says, “These subtle causes of suffering must be eliminated by developing their opposites.”

How to develop these opposites to kleshas is explained in the next, eleventh sutra of the second chapter. In it, Patanjali writes that kleshas are eliminated through meditation or dhyana. Through the practice of dhyana, the four secondary kleshas and their root cause, avidya, can be eliminated. When one realizes oneself as an eternal, immortal soul, all five kleshas are eliminated, and one attains the state that Patanjali describes at the very beginning of his philosophical treatise – the state in which all vritti, the cause of restlessness of mind, are subdued. One translation of the word “vritti” is “whirlwind.” Like a whirlwind sweeping across the surface of a lake and creating turbulence, the vritti creates restlessness in the mind. When there is no vritti in the mind, tamed by the practice of dhyana, the abhinivesha ceases as one attains a true view of the nature of things and phenomena. Patanjali writes about how dhyana works in the 12th sutra of the third chapter. In A. Bailey’s translation, it says, “When mental control and the controlling factor are brought into balance, a state of unidirectionality arises. This unidirectional state is dhyana – concentration on the object of meditation. And the calming of the mind in the process of meditation frees from the fear of death caused by the restlessness of the mind.